Biden Has Zero Credibility on His $3.5 Trillion Spending Bill

President Joe Biden can’t seem to settle on how to sell the nation on his $3.5 trillion spending plan. First, the White House tried to convince the country it was a “human infrastructure” bill. When voters refused to swallow that tripe, Biden highlighted the ambitious nature of the plan by selling the $3.5 trillion number itself.

Now that the $3.5 trillion number isn’t selling, Biden is trying another number: zero. 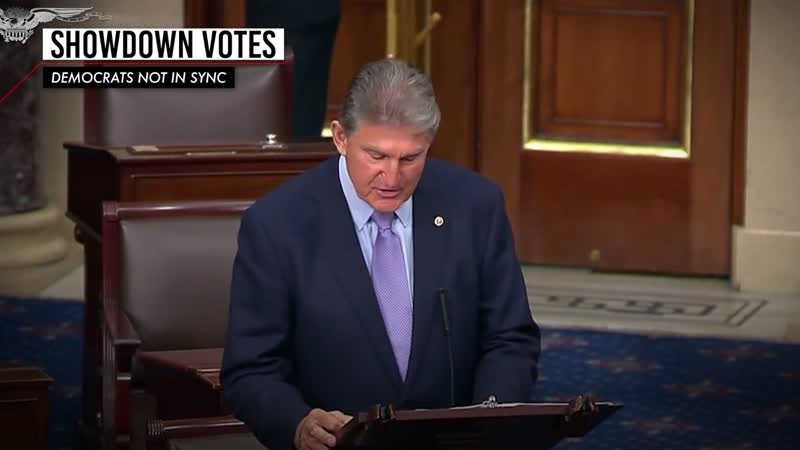 “It is a zero price tag on the debt we’re paying,” Biden said last week. “We’re going to pay for everything we spend.”

Biden is really trying to convince voters that $3.5 trillion in spending would cost nothing because he plans to pay for it by raising taxes instead of issuing debt. It is hard to tell which argument is worse — Biden’s claim that this is an “infrastructure” bill or that it has zero cost. Both show a White House that treats voters with contempt.

That is over-generously accepting Biden’s claim that his $3.5 trillion spending bill won’t add to the debt, even though it is quite obviously false.

The reality is that Biden’s domestic spending agenda is a highly ambitious and historic effort to expand the size and scope of the federal government. It includes $1.1 trillion in checks for parents, $330 billion in tax loopholes for green vehicles, $285 billion for community colleges, $250 billion for child care subsidies, $165 billion for government-run pre-K, $1.35 trillion in more healthcare spending, and $2 trillion in other assorted government programs.

In total, the Biden agenda would add $5.48 trillion over 10 years, according to the Committee for a Responsible Federal Budget. To put that in perspective, our entire economy is $23 trillion.

So, how can Biden claim his agenda costs only $3.5 trillion when it really costs $2 trillion more than that?

Easy. Democrats have cut the price tag for many of these items by either phasing them in slowly or setting them to expire after just a few years. For example, Democrats have cut the cost of their checks for the parents' program to just $450 billion by only funding it through 2025. The most expensive parts of the increased health spending don’t start until 2028, and the child care subsidies end in 2027.

These budget gimmicks are all extremely dishonest, as is Biden’s claim he will pay for all of it with tax hikes on the rich. The House reconciliation bill raises corporate taxes by $540 billion — a tax hike paid for in lower wages to employees who work at corporations and in higher prices for consumers who buy from corporations.

Then there is another $97 billion tax hike on tobacco and nicotine products. Democrats may view tobacco use as morally repugnant, but those who use tobacco are generally not wealthy — so this is also a tax on middle- and lower-income families.

Biden has already been wrong on nearly everything. He said the Taliban would not take over Afghanistan after he withdrew troops. They did. Biden said the migrant surge at the southern border was just seasonal. It wasn’t. Biden said Border Patrol agents “strapped” Haitian migrants. They didn’t.

Nothing Biden says is true. And that is especially true of his claim that the price tag for his spending agenda is zero.

Join the fight to keep Republicans elected in Henderson County

Help our Party fund our success